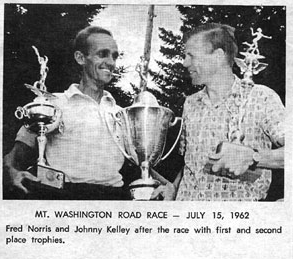 An English coal-miner who came to the United States on a track scholarship, Norris won the race in 1962, at the age of 40, with a then-course record time of 1:04:57

That time remained the course record until 1977, and it stayed on the books as the master’s record until it was finally broken in 2001. His time is still the 9th fastest ever run by anyone over the age of 40, and he remains the oldest man ever to win the race. 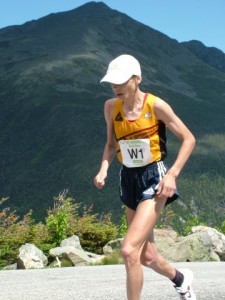 A former World Mountain Running Champion, Pichrtova, from the Czech Republic, has won the race six times, including four wins in four consecutive attempts (2001-2004) and then two more in 2006 and 2007. In 2005 she finished second while running the third-fastest time of any woman in this race ever –1:10:26.

Now, in his memory, the race each year awards the Crossan Cup to the first male and female finishers from New Hampshire.